At Next Step To Success (NSTS), we believe all youth want to succeed, all youth can succeed, and all youth deserve a chance to earn success.

Our youth have tons of fun, but each activity has a purpose and the fun is planned with an overriding goal in mind—raising personal expectations for what our youth can accomplish. The NSTS team is comprised of many staff members, instructors, and success coaches. Each member of our team plays a key role in the NSTS programs. Ultimately helping NSTS youth develop character traits and life skills to earn success and enjoy happy, fulfilling lives as adults. Chairman, Board of Trustees, Next Step to Success
More Info Monique Turner-Lopez is a seasoned administrator with more than 30 years of experience in the non-profit sector both in the United States and Latin America.

Her career began in international development. She was the U.S.-based liaison on several educational projects focusing on Honduras, as well as other countries in Latin America and the countries of Pakistan, Spain and South Africa. A former Peace Corps volunteer, she served in the Dominican Republic. She also created and developed one of the first AmeriCorps programs in 1994 in Washington, D.C. under the Latin American Youth Center. Prior roles included serving as the Chief Executive Officer of Bilingual Education for Central America, CEO of The Family Center of Columbus, Georgia, and CPO for the YWCA of the Hartford Region. Chairman, Board of Trustees, Next Step to Success

As Chairman of the Board, Chuck is honored to represent his fellow Directors (William A. Prince, Donald F. Price, Michael K. Kerner and Kevin M. Sweeney) on the Next Step to Success leadership team, where Chuck’s title is simply, “Team Member”.

In 2013, Chuck was appointed by Norfolk City Council to serve on the Mayor’s Commission on Poverty Reduction. During this service, Chuck closely examined the “success sequence” as a strategy for enabling individuals from all walks of life to assume personal responsibility for escaping or avoiding poverty. From this experience, the dream of launching Next Step to Success was conceived, and after several years of conversation and planning with our CEO, Rob McCartney, it was born.

From 2000 to 2009, Chuck served as Founding Chairman of Saint Patrick Catholic School, where he continues to serve as a Director at the School. Saint Patrick’s mission is to cultivate future generations of courageous servant leaders who will lead lives of consequence.

From 2009 to 2017, Chuck served as the Chairman of the McMahon-Parater Foundation as it raised an endowment fund to provide financial aid to students of Catholic schools through the Diocese of Richmond. Chuck currently serves as a Director on the Catholic Community Foundation, where those endowment monies now reside.

Chuck has received the papal honor of Pro Ecclesia et Pontifice from His Holiness Pope Benedict XVI. He has also received Humanitarian Awards from Catholic Charities of Eastern Virginia and the Virginia Center for Inclusive Communities. Chuck has been inducted into the Equestrian Order of the Holy Sepulchre of Jerusalem, a Catholic order placed under the protection of the Holy See.

A shareholder of Kaufman and Canoles, P.C., Chuck practices law in the area of public-private partnerships, equity financings, mergers and acquisitions, government-contractor business transactions and real estate joint ventures, Chuck previously served as Executive Vice President for Practice Management and as a member of the Executive Committee and Compensation Committee of Kaufman and Canoles.

Chuck is a 1982 graduate of Hampden-Sydney College (Phi Beta Kappa) and a 1985 graduate of the University of Virginia School of Law (Order of the Coif). Robert E. McCartney MSW, “Rob,” is the Chief Executive Officer for Next Step To Success, The James Barry Robinson Institute, and The Barry Robinson Center.

As the son of a CPA and a Professor of Nursing, Rob says he was destined to become a social worker. He started his journey of helping young people while in college, working at a juvenile detention facility. After receiving his undergraduate degree from Michigan State University, Rob took time off to see the United States, but after several years of what his mother called “wander lust,” he returned to Michigan State to earn his Masters in Social Work.

The first half of Rob’s career was clinically focused working in a variety of settings including foster care, residential, hospitals, and outpatient, serving clients from age 5 to age 85. Those that know Rob will tell you he has never truly grown up and that is why he always migrates back to working with children. The second half of his career Rob has focused on clinical and operational leadership. He has served as a Clinical Supervisor, Executive Director, Regional Director of Operations, Chief Operations Officer, and Chief Executive Director. Rob has experienced success in starting up new programs and turning around struggling programs. He credits this success to the teams he has been able to develop. “I hire good people and try to stay out of their way.”

Rob is a compassionate leader who puts the needs of our youth participants and their families first. He has strong operational skills and can become laser focused when needed. We have been successful because of his leadership.

Rob lives in Virginia Beach with his wife, Shirley. They have four adult children and are proud grandparents to their three grandchildren. Muhanma Ernesto García has committed himself to his community, youth advocacy, and family advisory support from a social work lens for approximately 20 years. In his years of service, he has worked with the non-profit sectors in youth services, housing, nutrition, substance abuse, financial literacy, and education within the charter school setting and New York City Department of Education setting.

In his role as Site Manager, he and his staff ensure to educate, elevate and empower youth via conversations, interactions and activities that promote social awareness and progress.

During this journey, NSTS partners with organizations in Norfolk to help bridge the gap between youth, families, programs, and the needs that are supported because of this partnership. His goal is to develop a great relationship between NSTS and the families served through authentic and purposeful engagement. The collective goal is to improve the lives of families and children while reducing the poverty rate in Norfolk by 50% within one generation in hopes to make it easier for youth and families to succeed.

Originally from New York, Muhanma is the father of four young adults. He lives in Virginia Beach. Imari Santiago started with The Barry Robinson Center as a Teacher Assistant for the residential treatment program. Her experience with Communities in Schools of Richmond and teaching English overseas through a Fulbright ETA grant has made classrooms a familiar home for her. She has supported a variety of ages from kindergarten to adults in matters of academic and social emotional learning.

She values education greatly and considers herself a lifelong student whether it’s in the classroom or learning important lessons in everyday life. It’s that very love and willingness to learn and improve that she hopes to encourage in the youth she serves.

When not working, she enjoys reading and writing as well as hiking local trails. Her recent favorite hobby is bike riding, either outside or on her stationary bike indoors. Matthew is a servant leader with 10 years of experience in the nonprofit sector. An advocate for diversity and equity, Matthew has dedicated his life to one of service. He began his career in his home state of Florida in a non-profit reentry program and has continued his non-profit aspirations because of his unwavering desire to be a community change agent. Matthew has created and managed programs, convened community stakeholders, and has spearheaded special events supporting the organizations that he worked for.

Matthew is also in the Navy Reserve. He started his military service with the Navy in Pensacola, FL in 2016. It was as a Navy Recruiter where Matthew discovered his passion for youth and to see them succeed. Soon thereafter, he and his family relocated to Hampton Roads.

Matthew holds a BS degree in Communications from University of West Florida concentrating in Public Relations and obtained his Master of Public Administration from Old Dominion University. During his free time, Matthew is the Vice President of his community civic league. He enjoys maintaining his spiritual and physical well-being and spending quality time with his wife and their two young children.

The History of NSTS

Next Step To Success was founded in 2020 under the auspices of The Barry Robinson Center as a high-priority initiative to address chronic poverty in Norfolk. In July 2021, Next Step To Success was spun off as an independent non-profit corporation, financially supported by The Barry Robinson Center, with a vision of working in tandem with community partners to cut the poverty rate in Norfolk by one-half within a generation.

Each day at NSTS is unique where youth are empowered to learn new skills and competencies. We see our youth as our partners and empower these stakeholders to make good decisions in their lives at school, at home, and in the community. 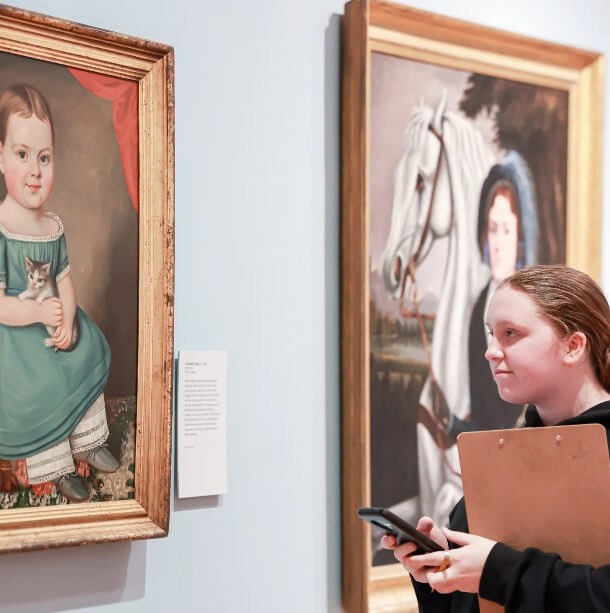 Next Step To Success is a local program for teens designed to launch our youth on The Success Sequence, a data-based strategy for success validated by the research of the Brookings Institution, the American Enterprise Institute and the Institute for Family Studies. Research data from multiple studies prove that young people who follow these three steps are very likely to reach a middle income (or higher) standard of living as adults.

To point them in this direction, NSTS challenges our youth to be open to new opportunities, experiences, and personal relationships. We empower our NSTS youth to take the next and future steps that will build their interests and talents into lifelong skills. They will come to believe and demonstrate that they are future Success Stories.

And our interest in their happiness and success does not stop when they “graduate” from our program. We are invested in their futures and we will be their fiercest advocates in the years to come. 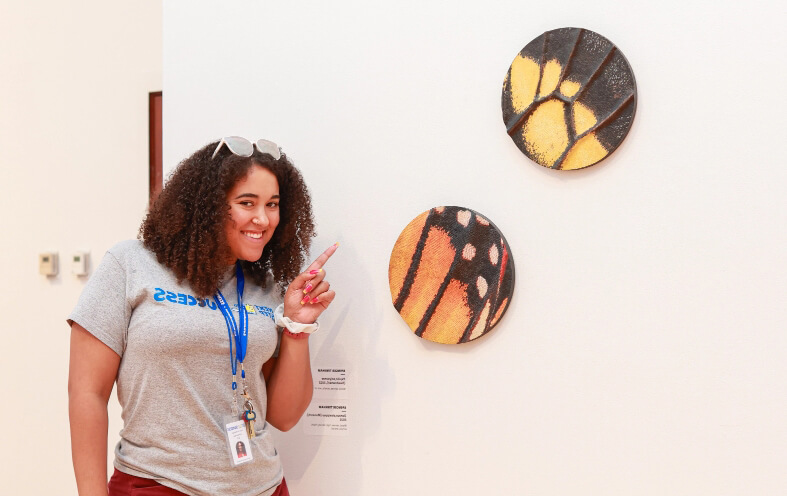 Have a question about the program? Want to know if you qualify? Our team is here to help! Use the form to ask us a question and a member of our staff will follow up with you soon.